ok so we spent six hours at the Marsden discussing the next steps- Kings hadn't sent through the scans even though i had them done three weeks ago-tsk. They made a decision there and then to do their own tests and to book me in for the operation on 16th November- going in at 7.30am.

Had to go through the washing machine CT scan again, (supposed to wait a month before having another so i'm probably radioactive....but my laptop seems quicker) more bloods,(strange woman who couldn't bend and caused chaos because one digit on the form was wrong making the whole test invalid until i suggested she change the digit and the other information would be ok??!!) medical history, (I should be a stone and a half lighter after the op) chats with anaesthetist, (there will be tubes coming out of your neck, hands, one going into your stomach and two to three days in intensive care- horror, epidurals and self administered morphine to help with my poetry writing) nurses (screaming male gay- god in heaven its huge my dear!) and of course the wonderful Dirk Strauss and his colleague Andy Hayes who promise to do everything to make it alright...swoon!

Fortunately the visit coincided with a meeting Mr Strauss (or should I call you Dirk?) was attending so i had many specialists viewing the scan and discussing my enormous alien and its complicated location amongst my various organs and arteries. Their attentiveness (three specialists in the consulting room) and informal enthusiasm is really comforting and although the sarcoma i have is in a rare category of less than one percent it is all that they do. They brought me and Jules into the meeting room to view the scan and there were lots looking over our shoulders, sitting on tables nearby discussing the findings-that it was a perfect example and that it may be used in lectures- i may be famous yet! One of my greatest fears was reduced when they told me they were used to removing tumours that where connected to the aorta- and the other one of course- that it had not spread to my lungs or anywhere else- fffffwwwww!

The operation is the only way to deal with the tumour so i wont be having chemo which is a huge relief. On the negative side i will be losing a kidney, my spleen and part of my bowel-ug but hey how thin will i be!! xx
Posted by alison at 08:30 No comments:

just realised i have to change the time i blog otherwise it makes up its own time- i dunno? spent the day with Taigh and Liz having photographs taken of me- god its the only time i'm getting my flabby belly out and thats only because it's not reflective of my gluttonous-ness (need to learn to spell -am inspector!) and will hopefully be removed soon. anyway my profile photo shows it all. went shopping with marian yesterday so if you come to visit me in hospital i'll be the one in the leopard print fluffy dressing gown and outrageously pink fluffy scarf thing that taigh is trying to steal as its 'awesome'- well it is in Chelsea girls! Off to hold my breath for the next fourteen hours until 9.30 in the morning when i hopefully meet Mr Strauss himself. xxxx
Posted by alison at 11:28 2 comments:

just been to visit Jean at St Thomas where she has endured a total reconstruction following breast cancer. I felt both honoured and sad when she asked me as a friend to photo document her whole experience. Although i think we may have brought the eleventh floor to a bit of a temporary standstill as she undressed and posed over the London skyline in the interest of art! We began planning the whole project in the Lounge in Brixton with me manouverring about trying to deal with a pain in my side and Jean tucking into a wholesome burger. Two weeks later it appeared that Jean was supporting me and taking photographs of me as part of the whole experience-how weird life is. Added to this, i was about to call the mutual friend who introduced us to tell her about Jean's predicament and had to call her and tell her two stories- she has just flown back to Dublin after a whistle stop frantic visit to us both in different locations- thanks Geraldine.
I feel comforted by an Irishness that i thought i had lost (since the generation that was my childhood experience have all gone) so maybe i've been collecting you all over the years just to keep up the culture. I've also just said goodbye to the Irish parish priest father O'Connor who came and brought mass to me as i haven't made it there too much recently- confession, communion and anointing- comforting if a little (actually a lot) scary.
Posted by alison at 14:27 No comments: 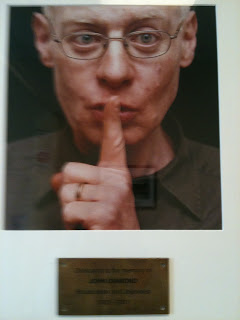 no Elaine, haven't named it father ted but Edgar! Edgar the blob who's currently fighting for space with the curry Jules encouraged me to eat. Just had a thought tho- i'm reminded of the father ted story where he is terrified of flying and comes out in cold sweats and total hysteria when on a plane- the moment the plane starts to actually fall out of the sky he becomes brave and decides he will get out onto the wing to fix it mid air- wow.
Posted by alison at 13:12 No comments: 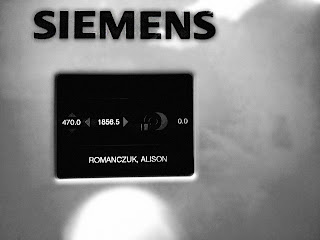 well here goes, if nothing else i've been challenged in the art of giving up smoking and learning how to blog! Thanks kate for your idea to create a blog so I can now chat on mass. Two weeks ago I was worrying about work and the ironing and how to get Taigh the twelve year old into the shower- how insignificant these things seem when faced with the emotional volcano of a cancer diagnosis! Well its a little calmer now and the triangle that is my family unit going about stuff as normal until the next step on our journey to remove the fkn alien from my body. I am and feel truly loved up by all around me -like a huge bundle of cotton wool that has fallen from the sky enveloping me in positive energy- thanks you all x

I've been diagnosed with a rare cancer called sarcoma of the retroperitineal. Its located by my kidney, spine and aorta and possible connected to blood vessels. The point of diagnosis weirdly being a bit of a relief after two weeks of speculation, tests, scanning and biopsy stuff. I suppose they had been feeding me bits of information along the way so i knew it was a strong possibility. Not sure how long ive had it because i naturally thought id been pigging out or drinking too much vino and had developed the Wadley belly familiar to my family- (sorry sis's!). I tried giving up bread and refraining from wine but kept going back to a lump located to the left of my stomach and then thinking i was making it up.

Well I had Taigh off school with a cold and he'd been complaining of a pain in his foot for ages so i thought id sort it out once and for all and booked myself in alongside. Poor Taigh was very disappointed with the 'crap' doctor who said nothing was wrong and he should just take a couple of paracetemol. I on the other hand was examined and referred to Kings for an emergency ultrasound the next morning. Not wanting to alarm Jules who had to work i told him nothing and took a friend Liz to give me moral support- dear Liz who was watching the ultrasound screen as they located a mass measuring 15cm by 12cm has rapidly become my Irish district nurse- (we just need to find a basket for your mercedes honey) They then fed my veins ink and put me in the cat scan. 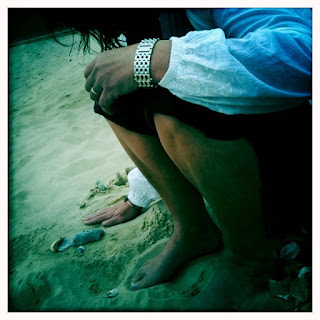 Had to wait a week after this with many phone calls back and forth from the doctor to kings and back to the doctor again- dealing with inexperienced receptionists such as those asking me "is it the fax that says suspected cancer?" ....blub blub!!! Got an appointment with mr brown the next tuesday who explained to me and Jules the likely hood of chemo before and after surgery and the other likely hood of being transferred to the Marsden....blub blub. A quick fag outside Kings with the dressing gown crowd in the cloud of smoke which appears under the no smoking signs and i was booked into the hospital. They kept me in for two nights opposite a 90 something with no teeth and the mind of a toddler- prone to calling for her mummy all night- and a woman who couldn't operate her tv card and had to tell everyone this on the hour. After an ultrascan biopsy with a big needle (helped by Led Zeppelin on my ipod) and on the morning of discharge a different consultant who came to see me shook his head when i tried to affirm that my bloods had come back clear and calmly told me that my consultant in all probability had already contacted the Marsden. The young pharmacist girl and Cathy (who appeared in her nurse uniform visiting the patient next to me and who i'd been in the pub garden with recently at a St Anthony reunion thing) got the brunt of my raw emotions as i realised the gravity of my predicament. 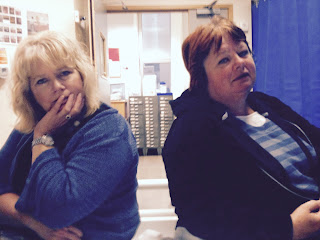 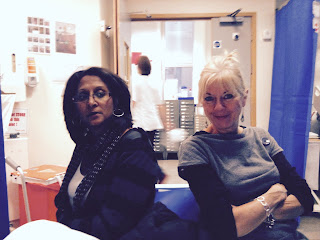 so thats me right now- probably getting boring and should sign off (maybe im just pining to write another inspection report.....erm well maybe not. The Marsden website has some interesting reading on soft tissue sarcomas and luckily have a specialised unit for my type- check out the photographs on the outcomes report- some are the size of bean bags so i guess its not all bad! will try to update this but of course it depends on treatment- have told Ju to update if im too ill xxxxxxx
Posted by alison at 12:50 No comments: