Having had such a large tumour removed, along with a kidney, spleen, bit of pancreas, bit of bowel etc etc, I've had moments, quite a few actually, of worry and fear. My digestion is a problem. Things get stuck. The red wine that I refuse to give up provides a free, colonic irrigation from time to time. I inadvertently eat something that has wheat in it and of course I'm getting older. Each ache and pain is a possible recurrence, particularly about a month before a scan when the neurosis sets in. My consultant is amazing, and always on the end of a phone or email when I have a panic, that turns out to be a temporary hernia or a bit of excess fat or trapped wind. I'm sure he tries not to laugh when I explain I felt like a pin had been stuck into my middle, from the inside out and that it 'weirded me out'. 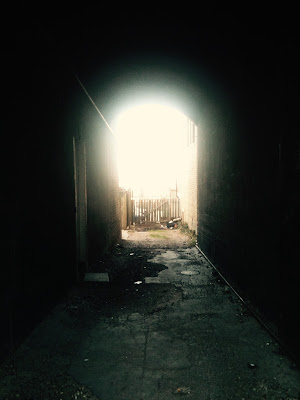 The friends and family around me wont let me get too down about it though, they know my passion for photography, force me to take theirs and everybody else's portraits and drag me through fields, up hills and through forests until I am strong again- and it works. The first time I took this as a given. The second time around I felt a little guilty- don't push it girl-and then there was the explanation that I had to give to my 16 year old . He doesn't want me to talk about him on here. The sense of vulnerability is overwhelming, and this time I had a friend who had been mis-diagnosed with a fibroid, that had turned out to be a terminal sarcoma.. Gill had helped me so much after the first operation, bringing me soup, paying the window cleaner, hiding bottles of vodka if she found them and she and her husband Miguel continued to support me through the second operation even though she was terribly ill herself. We shared a wicked sense of humour and bad language - she swearing at me because I had given her a sarcoma, picking me up on route to the local hospice so I could join her in free art and coffee.We laughed like drains about other peoples flinching when we recounted our bodily functions and ability to fart like volcanoes. Shortly before she died she came and sat in the garden, in the sunshine, and wanted me to take her portrait..fluffy hair and all- so I did.xx 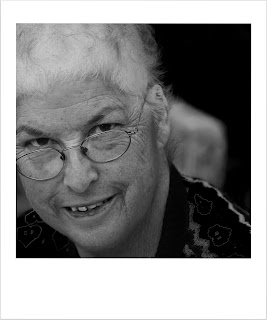